Vampire Attack Explained: An Incentive-Based Marketing Tactic That Does the Trick

Staff
0
0
0
What the heck is a vampire attack in crypto?
Image source: DepositPhotos.
Total
0
Shares
0
0
0

Businesses use a wide range of new and innovative marketing techniques for growth. The crypto industry is no different. A vampire attack is one such type of incentive-based marketing tactics that businesses strategically use in the space.

In 2021, SushiSwap (a new exchange) generated $1 billion in liquidity in a week after its launch with the help of a vampire attack. The investors were given more incentives to move their funds to the SushiSwap exchange and this helped the new exchange transfer funds from its rival (UniSwap) in a matter of few days.

So, what is this vampire attack and how is it used to drive users and liquidity in a matter of a few days?

What is a Vampire Attack in Crypto?

A vampire attack in crypto is a systematic and planned incentive-based marketing technique that is aimed at achieving 3 key things: Liquidity of an exchange or a marketplace, its users, and trading volume.

Liquidity and users from one exchange are transferred to another by offering them interesting incentives to “lure” them in. In the case of SushiSwap, the users of Uniswap were offered up to 1,000 APR after the launch. This persuaded Uniswap investors and users to switch to SushiSwap and it did happen. It successfully reached $150 million in token value after its launch.

With liquidity and users, the trading volume of the Uniswap was transferred to SushiSwap. And this is how a vampire attack works in crypto.

Though SushiSwap made vampire attacks famous, it isn’t the first protocol to use it. These types of incentive-based marketing tactics have always been used in all types of sectors.

Think of a vampire attack as a marketing tactic where you attract users from another platform by offering them high incentives. This kind of marketing tactic can be used everywhere across all industries. Here is an example of how it is executed between one NFT marketplace and its competitor.

OpenSea, being the largest NFT marketplace as of today, experienced vampire attacks twice.

A vampire attack was launched by Infinity (a new NFT marketplace) in October 2021. Infinity decided to airdrop 60% of tokens to OpenSea users who will try their platform:

10% of the tokens were set aside for incentives for retention (retaining users on Infinity so they don’t switch in the future). Infinity identified over 500K unique addresses that were eligible for the airdrop:

So they ran its airdrop campaign for 60 days and managed to acquire 70K active wallets with a total transaction value of $18 million:

The results weren’t as expected but the attack worked well for Infinity in driving a good chunk of OpenSea liquidity, users, and trading volume to its platform.

In January 2022, LooksRare launched a similar kind of vampire attack on OpenSea by offering its tokens LOOKS to OpenSea users, with a ”catch”, though. It announced that anyone who has traded 3 ETH or more on OpenSea between 16th June to 16th December 2021 can get free LOOKS tokens by connecting their wallet on the LooksRare platform:

This was announced officially by LooksRare on 10th January 2022 and look at the NFT trading volume shift in the next few days:

LooksRare received $3.4 billion in ETH in a single week after it launched the attack. Amazing, right?

This is what a planned vampire attack can help you achieve. It helps you capture liquidity, users, and trading volume. Bringing users and offering them incentives to join your platform is the key. Once you are able to move users, liquidity and trading volume come as a by-product.

Because when a trading platform offers incentives in the form of tokens, reduced fees, etc., the users will be left with no option but to use the platform for trading. And this requires tokens (aka liquidity) and when they do it, trading volume goes up.

So, bringing users to your platform is the key step of the vampire attack.

Here are the major steps to strategize a vampire attack:

It all begins with early planning and marketing research. This involves everything ranging from development to budget to target platform and more

The incentive is the key to a successful attack. The only reason why an investor and user will move to a new platform (with funds) is if they’re offered a better return on their funds. Your incentive should be monetary and much higher than what the users are being offered on the host platform

Promote your incentive and benefits of switching to your platform as early as possible. Your audience is targeted so it gets easier to reach them but you need to make sure you are pitching incentives and benefits in the right way

The success of this type of attack depends on the buzz and hype you create before launch and on the launch day. The best technique to create hype is partnering with some of the top investors on the existing platform who have tons of followers. These investors will do the trick of creating hype by not just moving to your platform but bringing hundreds of other uses too

You need to offer better incentives to retain migrated users. An inability to offer lucrative incentives and benefits to your users will most likely make them switch back or move to another home.

Not all attacks follow these exact steps. For example, Infinity bypassed the incentive phase and simply airdropped free tokens. There is no standard rule for a vampire attack, rather businesses can tweak it as per need and make it more or less severe based on their specific requirements.

A vampire attack is applicable in the crypto industry but it is a marketing tactic.

For businesses and marketers, this technique can be replicated (with tweaks) in other sectors. For example, you can use a similar incentive-based marketing tactic to acquire users from a competitor.

Let us give you an example:

A couple of years back, when Microsoft launched its video streaming platform Mixer as a direct competitor to Amazon-owned Twitch, it used a similar marketing tactic to move Twitch users to Mixer. Of course, there is no liquidity and trading volume involved here so it isn’t a vampire attack per se.

Here is what Microsoft did:

The followers of these live streamers moved to Mixer with them.

Mixer offered these video streamers hefty amounts to use their platform exclusively for streaming and it worked. Ninja, for example, was paid $30 million to switch from Twitch to Mixer.

A similar incentive-based marketing tactic was used by Facebook where it is paying TikTok influencers to use Reels for videos. Facebook will be distributing $1 billion to creators who will post new videos exclusively on Reels. Influencers with millions of followers are being targeted by Facebook to move them to Reels with their followers by paying them up to $35,000 per exclusive video for Reels.

TikTok, in exchange, launched its $2 billion creator fund to retain its users.

Users of any platform are free to decide whatever they want. You, as a marketer, can offer them any incentives to bring them onboard as you see fit. Nothing wrong here.

NFT Marketing Strategy Guide: How to Get Eyeballs and Generate Sales

Crypto Presale Guide – How to Attract Interest to Your Token

What is Shilling in Crypto? Simple to Understand Explainer with Examples 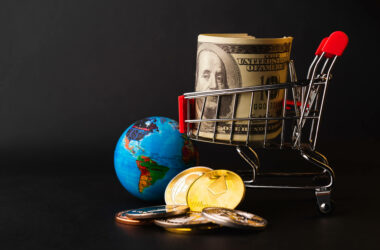 The need for TGE arose from the legal technicalities of ICOs. In a world where the law and… 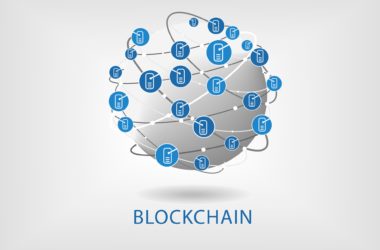 The Ultimate Strategy Guide for a Blockchain Marketing Campaign

Where do you start? 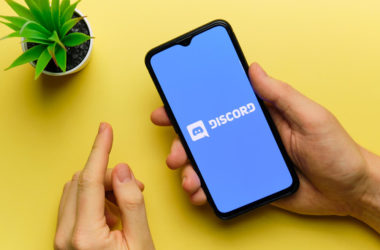 How to Build, Maintain and Grow a Discord Community for Crypto and NFT Projects

Discord is a community-building platform. It offers you tons of features that make hosting and managing a community,…